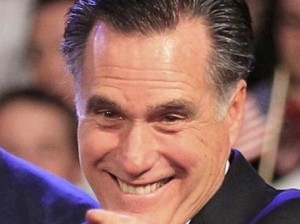 A while back I caught a Peter Schiff interview on one of the mainstream financial channels where he was recommending gold. The interviewer commented that for every investment thesis there existed a scenario in which the thesis would fail. He asked, what was that scenario for gold? Mr. Schiff replied that it would require massive spending cuts out of Washington DC and a balanced budget.

A balanced budget? When was the last time we even had a budget, balanced or otherwise? Mr. Obama’s latest proposal was shot down 99-0 in the Senate and 414-0 in the House. So that means the government spending shuts down right? Nope. The profligate party just keeps on rolling with no limits whatsoever.

But ok you say, there’s a silver lining in all of this. It simply means that Americans will finally realize the need to elect Mr. Romney and implement some fiscal responsibility. And,  just what is Mr. Romney’s plan to balance the budget? Bad news folks, there isn’t one. In fact, he recently went so far as to say that he would never cut the deficit by a trillion dollars in the first year like Ron Paul has proposed. When asked why not, he replied, “The reason is taking a trillion dollars out of a $15 trillion economy would cause our economy to shrink and would put a lot of people out of work.”

Well, you’re not taking a trillion dollars out of the economy by cutting government spending. You are simply allowing the private sector to retain that trillion dollars and use it as it sees fit. The real problem for politicians is that it means a trillion dollars less of stolen booty with which they can reward the special interest groups that helped get them elected.

12 Responses to “Romney promises to feed the gold bull”