David Stockman, via his Contra Corner, for months has warned that by late September there would be a debt ceiling crisis and that the Treasury would run out of money, causing segments of government to shut down.  He further proclaimed that a political storm in Congress would ensue and that the stock market would be in decline.

He was right, in part.  A political storm was brewing.  However, a different kind of storm delayed the fight: Hurricane Harvey.   South Texas would need federal assistance, and the politicians rode to the rescue.

Trump and the Democrats agreed to suspend the debt limit through December 8, 2017, and the House passed a $7.9 billion rescue package.  Then, the Senate added $7.4 billion as Hurricane Irma headed toward Florida, making it a $15.3 billion cost.  Dealing with the debt ceiling has been put off for three months.

Federal debt continues to pile up, and not just from disasters.  According to the Congressional Budget Office (CBO), what Fedgov is expected to pay out over the next ten years will add some $10 trillion to the national debt, pushing it to the $30 trillion range.  And that estimate is based on the economy growing at an average annual rate of 2.3% the next ten years, an extremely optimistic forecast.

According to Fox News, the US economy has not seen a calendar-year GDP increase of 3% since 2005.  Further, this economic expansion, as weak as it is, is the second longest on record.  The “boom bust” cycle has not been repealed.  Just as a boom follows every bust, a bust follows every boom. 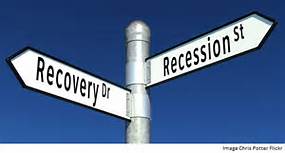 If the December debt ceiling fight gets nasty — as expected – stocks will most likely decline.  Add in that October is the worst month on record for stocks, and the stage could be set for a big decline in stocks.  If so, then gold and silver should enjoy solid upswings.  Another positive: December is one of the stronger months for the metals.

The best time to invest in anything is when no one else wants it, and right now no one wants the metals.  For more than a year, we have been buying more metal than we were selling retail, which means we laid off some of the metal to wholesalers and refineries.

All of this means that premiums are low, and I believe that prices are low relative to where they are headed.  If you have funds that you don’t plan to use in the near future – at least in the next two years – consider adding to your gold and silver holdings.

For some low premium items, visit our Gold Specials Page and our Silver Specials Page.  These are the most visited pages on our website.